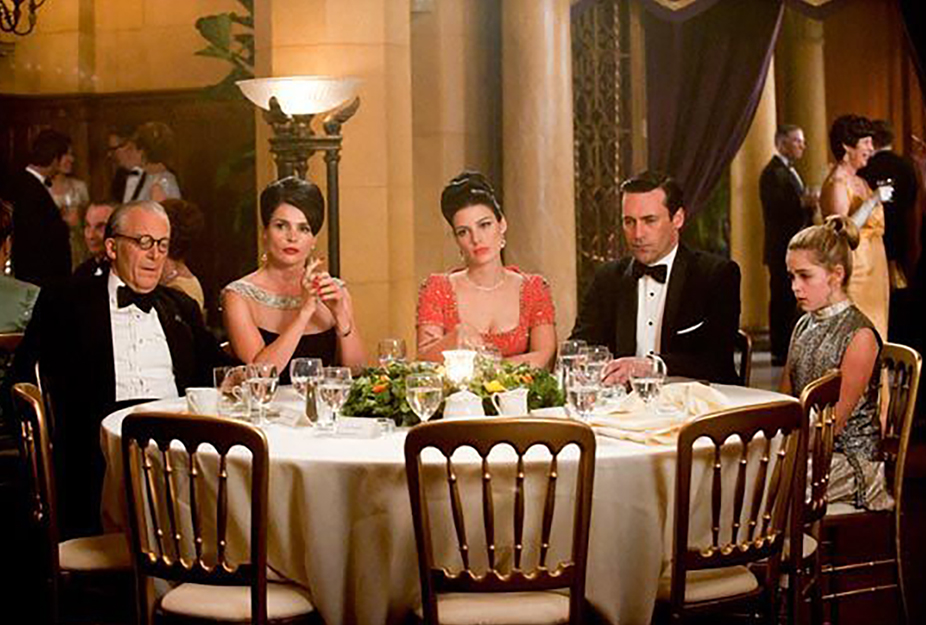 Shot from the “At the Codfish Ball” Season 5, Episode 7 of the hit drama by Matthew Weiner, on AMC. From left to right, actors Ronald Guttman, Julia Ormond, Jessica Paré, Jon Hamm, and Kiernan Shipka. Throughout its nearly 8-year-run, Mad Men received a wellspring of critical acclaim for its acting, writing, and for its accurate portrayal of the 1960s. The show garnered 16 Emmys and 5 Golden Globes and is regarded as largely responsible for the renaissance of episodic drama. Publicity still by Ron Jaffe.